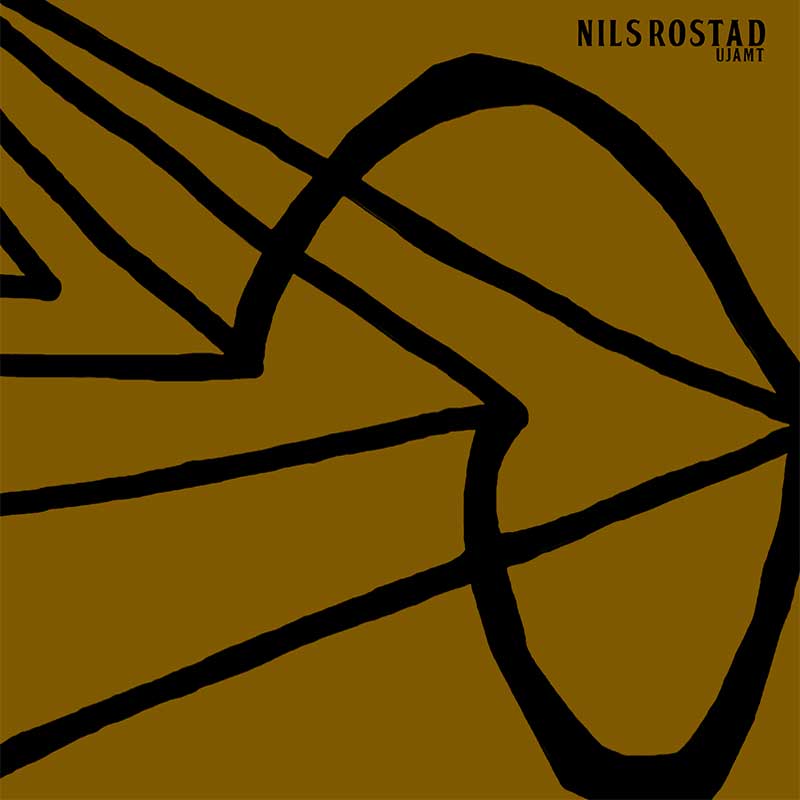 Although released as a LP, I only got a CDR (which not how things work here, I must admit, so don’t follow his example), but the improvised music of Nils Rostad is nice enough to be ignored. Sixteen relatively short pieces of improvised music using a variety of instruments, such as electric and acoustic guitars, bass, voice, drums, percussion, synth, piano, fan, objects and art – if I read it well, the cover of this CDR is hard to read (I might have the name of the label wrong too). Rostad plays like a pig and that is meant to be a compliment. Fake jazz drumming, humming like a monk, improvising all freely around weird guitar/bass parts, and pressing down random keys on the keyboard, something attempting at a melody, such as in the fifth track on the a-side. Its all actually quite diverse, from quite loud bits of noise like material to more introspective moments. Everything has that direct in y’r face quality, no hiding from there. It all sounds great (no doubt to the mastering qualities of Jos Smolders).100 made, so hence no promo, but a fine quality all around. (FdW)

Bit of a mixed bag here from Norwegian weirdo Nils Rostad, who serves up 16 short tracks of experimental nutjobbery that never really sits still. A lot of the music here is short and minimal pieces which may or may not be composed. When melodies do occur they are simple and brief, and there’s rarely more than one or two instruments playing at any one time. To be honest I’m struggling to grasp what he’s trying to achieve here but there are moments of prettiness, punctuated by moments of interesting textural experiments, punctuated by moments of absolute silence which are confusing me because I keep thinking the side is over when it isn’t. In places the textures created here are really quite absorbing but sometimes the music on here seems like it’s purposefully childish and irritating, or that he’s abandoning musicality self-consciously and ending up in a wasteland of pseudo-experimental confusion. Either way there’s only 100 of these and they’re really nice looking so I bet they don’t last long.

This year I had the pleasure of meeting the really nice musician Nils Rostad when he was passing by in Amsterdam together with his mate Sindre Bjerga to perform live at my living room (also known as Moving Furniture Records HQ). For his performance he played improvised acoustic guitar. His technique was really free and inspiring.A few months later Nils Rostad presented us, after loads of CD-R releases, his first proper LP out on the obscure Tallerk Plater (which might be Nils his own label): Ujamt.

The LP is present in a simple but really nice way with hand-made artwork: thick folded paper with paintings on it. It comes with an exclusive picture and an insert.

On the LP we hear a total of 16 musical pieces and what kind of music. Well, that’s something not easy to explain. Unlike his live performance the music here doesn’t sound improvised. No, rather it are songs, or sketches of songs, or well, at least it is composed music.
Nils Rostad plays quite an amount of instruments here which at first sound so simple that you would expect it to be played by a child. But listening this one some more often makes you change your mind a lot.
This is mainly due to all the other things happening with plucked guitar strings, strange “field-recordings”, the help of a French horn player, percussion and much more.
There seems to be no line nor structure throughout the LP, which makes this such a weird experience. There are influences from folk music, drones, minimal music, pop, (free) jazz, rock and so on.
I really can’t point out what it exactly is as there isn’t really something you could compare it with. But what comes nearest is Jandek, Ghedalia Tazartes and Trumans Water mixed up by some laptop wiz kid and stripped of everything sensible.

Maybe Nils Rostad is fooling us, or he is crazy, or he is genius.
I think the last, but could as easily switch someday to him being crazy.
But for sure this needs to be in my top 10, even it was only for the most crazy and original thing I heard this year.