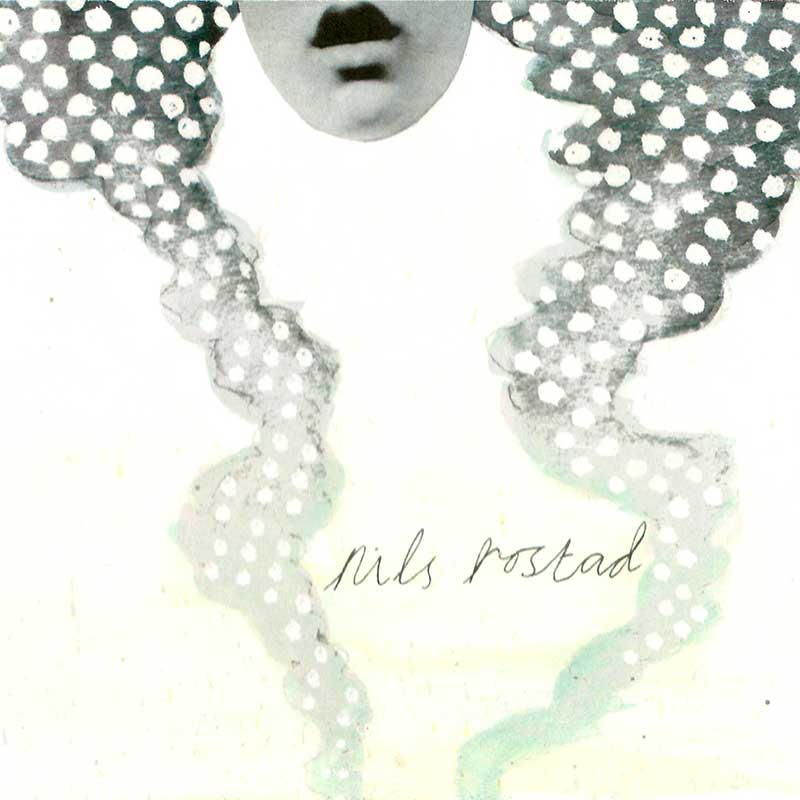 People like Keijo like covers with handwritten titles, probably because it looks so ‘personal’. In a typed up font it says ‘recorded in Jyväskyla and Kuusankoski 2007-2008’ and that one Aarni Virtanen plays percussion and plastic pipe. Plus track titles. No website for the artist or the label (also not on the next release I’m about to review). Odd. Maybe there is none? Or maybe its DIY time here? Keijo plays guitar, harmonium, voice, percussion. I think. I don’t know. Its one of those highly ‘personal’ pieces of music. Perhaps a purge of bigger feelings in need to get out. Of grief? Or, hey, what would I know, joy? Obviously quite a lo-fi recording, but actually its all not bad indeed. Its quite pleasant and entertaining in all its naivety and low-brew home recording. Its music that people sometimes recognize the Finns in.
I shouldn’t have said that, because I could also assume Nils Rostad is a Finn. He’s not. We know him as someone from Norway, which on a world scale is not far away. He too is a man of lo-fi music, usually armed with an acoustic guitar. But he was in a studio in Sandnes in 2008 (why are these things released now? I wonder, or are they perhaps just ‘old’?) and lo and behold: it sounds much better than much of his previous work. What a good microphone can do! The music benefits also from this new depth. There is the addition of electronics, synthesizers, bell sounds, percussion and above all, ways to mix them. The first time the nice bell comes in over a hot bed of distorted guitars, it sounds crisp and clear. Of course I have nothing against lo-fi, but if you see the possibilities of a better recording technique and the ways to mix, and what quantum leap the music can do: would you ever go back to lo-fi? In Rostad’s case I would advise not to. His work greatly matured from this approach, a quantum leap forward. His best release so far. (FdW)
Address: none given